Bentley has a proficiency in computer programming and in addition to teaching computer courses, he developed software for surveying back around 1980. He has also developed a highly efficient wood burning stove that burns clean without a catalytic converter and a cross country ski binding used at both the north and south poles. 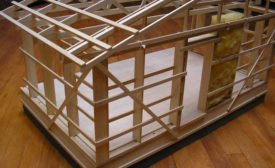 A Breakdown of Thermal Efficiency Construction