The Fisher Building in Detroit, Mich.

The Fisher Building, Deisgned by Albert Kahn in 1927, is landmark skyscraper located at 3011 West Grand Boulevard in the heart of Detroit. The Fisher brothers commissioned the renowed architect he Detroit News wrote in 2001, the brothers told the architect to build them “the most beautiful building in the world" and that quality would not be sacrificed in order to save money. 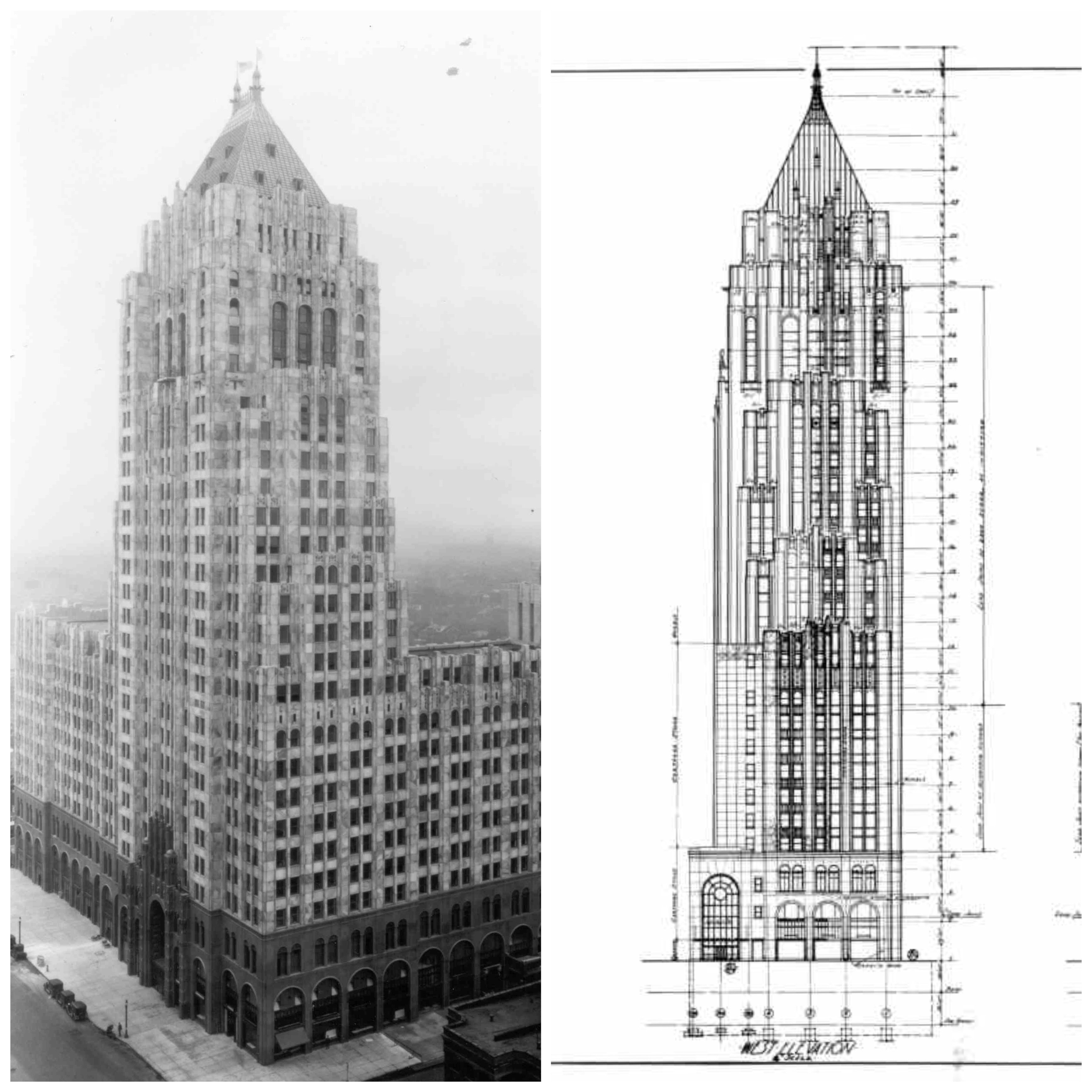 The building called for more than 12,000 tons of steel; 350,000 cubic yards of concrete and marble; 1,800 bronze windows; 641 bronze elevator doors (inside and outside of the cars); 420 tons of bronze finishings; 46,000 square feet of concrete forms, 41,000 barrels of cement, 100,000 yards of sand and gravel and 1,275 miles of electrical and telephone wire and cable. With more than 325,000 square feet of exterior marble, the Fisher is the largest marble-clad commercial building in the world.

"The problem of handling great facades with a multiplicity of windows was solved by breaking the planes into panels by recession of the wall surfaces," W. Hawkins Ferry wrote in his book "The Building of Detroit." "The transition from the 11-story wings of the Fisher Building to the 28-story tower was gracefully accomplished by a series of setbacks that produced a tapering effect… It was inevitable that such an overpowering masonry mass, with its strong vertical emphasis and soaring silhouette, should have suggested the Gothic. Although the first studies indicated a flat roof, there was an irresistible temptation to crown the building with a steep pyramidal roof characteristic of Gothic structures."