Fentress Architects is excited to announce ten entries have been shortlisted for the 2021 Fentress Global Challenge (FGC), which garnered more than 80 entries from students around the globe.  FGC is an annual international student design competition launched in 2011 by Curtis Fentress, FAIA, RIBA that encourages and rewards innovative design in public architecture. This year’s competition challenged students to envision airport mobility in the year 2100.

Students were able to choose between siting the new terminal at an existing airfield—such as at Hartsfield-Jackson Atlanta International (ATL) or Beijing Capital International (PEK)—and a yet undeveloped site—such as in Atafu, Tokelau or Canillo, Andorra.

Various modes of transport were explored including pods for intra-airport transport.  Mag-lev cars, drones, hyperloops, hydrofoils, and air-rails were among the methods of inter-airport transport proposed.  Additionally, several different types of aircraft were studied including anti-gravity, vertical take off, rockets, and spaceships.

Entries were evaluated base upon five criteria including technology and sustainability.  Some submssions envisoned airports able to create their own biofuel from algae and symbiotic bacteria. Others created floating structures that sought to restore coral reefs and ocean ecosystems.  Most designs derived shape and form from biomimicry and parametric equations.  Gardens, greenhouses, photovoltaic cells, and wind were also incorporated into many designs. Artificial intelligence helped enhance several of functions and addressed issues such as COVID-19 and terrorism.  Several new building techniques were explored including 3D printing and modular structures.

The shortlist will be judged virtually by a jury of renowned airport architects, directors, planners, and scholars. Winners will be announced December 1, 2021.  A total of $20,000 USD will be awarded in cash prizes to First, Second and Third Place.  Additionally, two People’s Choice Awards will be given, which carry a $1,000 USD cash prize,  Voting for People’s Choice has already begun on the Fentress Architects Facebook Page at https://www.facebook.com/FentressArch/. 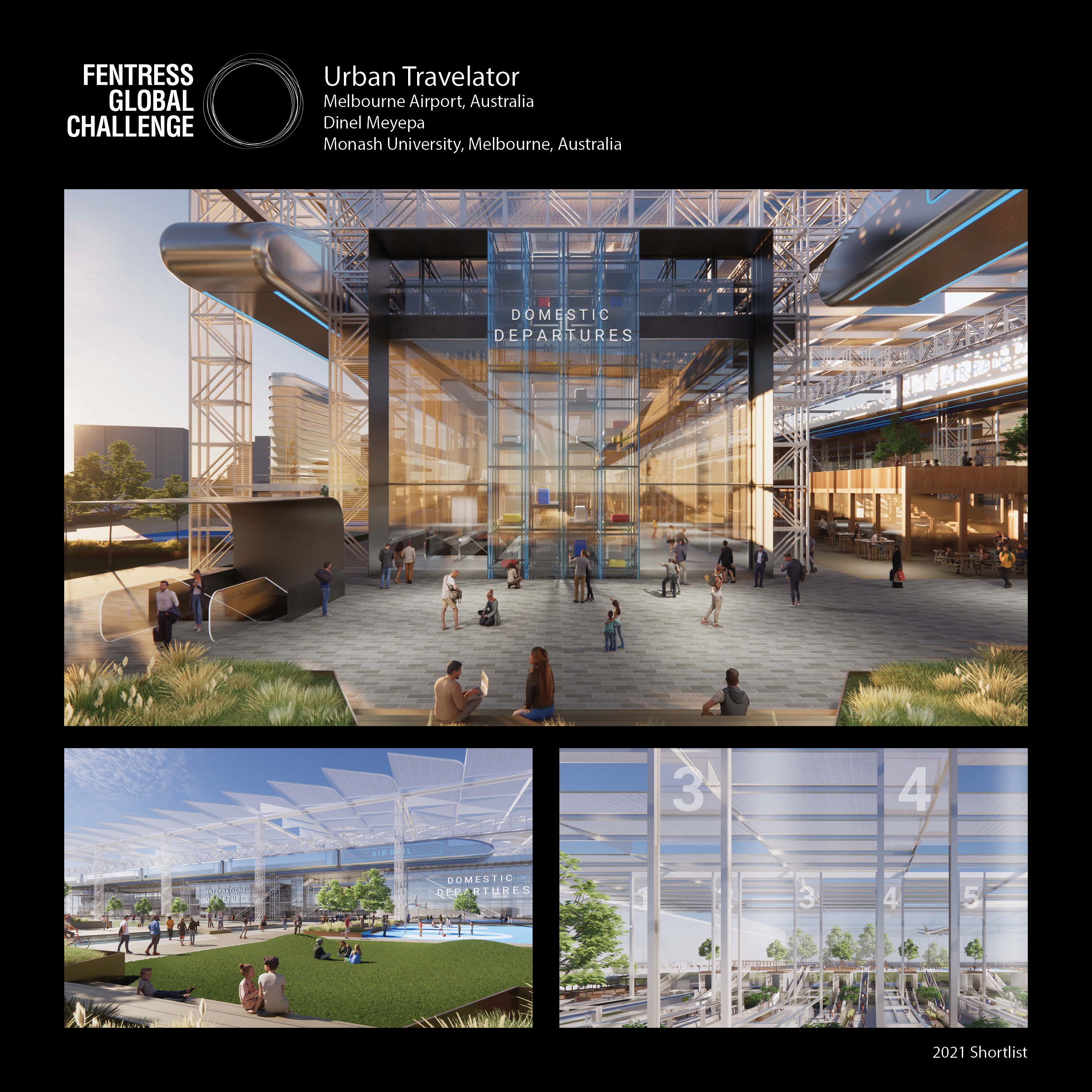