Architects Acquiring Their Licenses Faster Than Ever

The latest architect licensing data indicates that the time to become an architect has decreased to an average of 12.5 years—from the time a student enrolls in school to the moment they receive a license. This is the eighth year in a row that the timeline to licensure has shortened, according to data from the 2017 edition of NCARB by the Numbers. This trend is driven by candidates completing the experience and examination programs concurrently and more quickly. 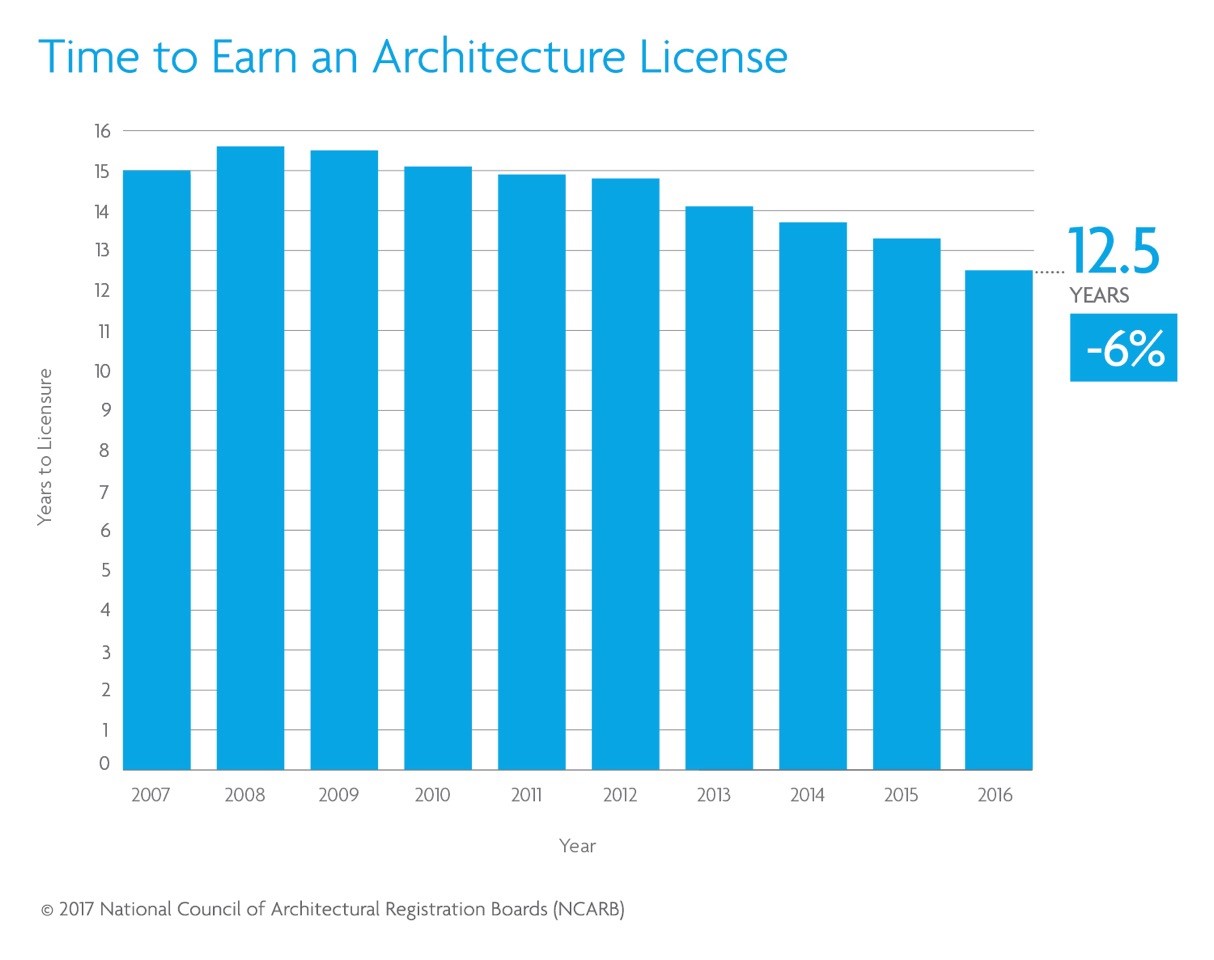 Released annually by the National Council of Architectural Registration Boards (NCARB), NCARB by the Numbers provides exclusive insight into the number of U.S. architects, the pool of candidates working toward licensure, and diversity in the profession.

Over the past decade, NCARB has worked with licensing boards to streamline, update, and align two key pillars on the path to licensure: the Architectural Experience Program (AXP) and Architect Registration Examination (ARE). These efficiencies have led to a reduction in completion times. Plus, newly licensed architects are increasingly overlapping these two programs. As a result, the time it takes to earn a license has gradually improved, with architects earning a license 9.6 months sooner than in 2015.

A closer look reveals that architects who earned an initial license in 2016 completed the AXP and ARE in just under six years. For comparison, architects licensed in 2015 took just under seven years to complete the two programs.

“By updating our programs to reflect the realities of modern practice, candidates can now pursue licensure in a way that ts their lifestyle,” said NCARB President Kristine Harding, NCARB, AIA. “With guidance from our licensing boards, NCARB has been able to open doors to a new pool of candidates while maintaining the rigor needed to protect the public’s safety.” 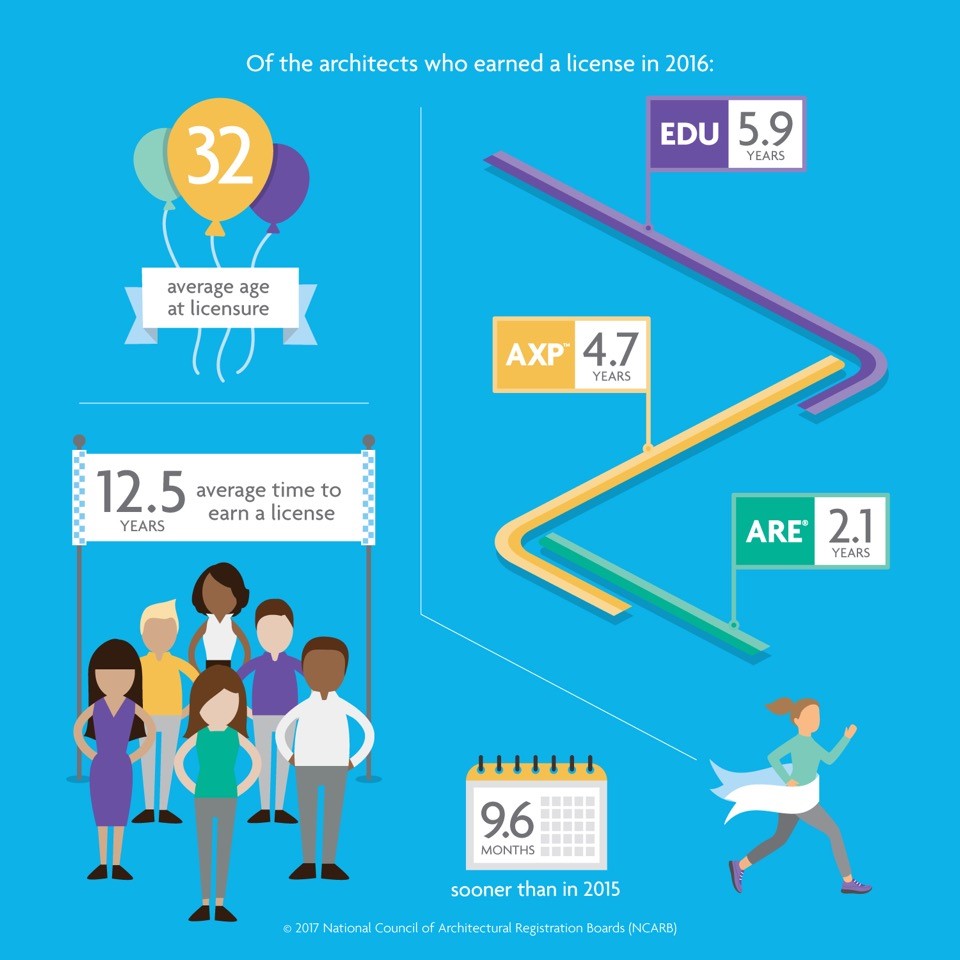 NCARB’s data also reveals that new architects are slightly younger. In 2016, the average age of a newly licensed architect was 32, an eight-month drop from the previous year. This marks the eighth year in a row that this benchmark has decreased, with architects earning a license 2.8 years sooner than a decade ago.

The full 2017 edition of NCARB by the Numbers will be available in July. To learn more about NCARB’s data, visit www.ncarb.org.