Kristine A. Harding, AIA, NCARB, was elected first vice president/president-elect of the National Council of Architectural Registration Boards’ (NCARB) at its 96th Annual Business Meeting. By virtue of her election, Harding will be inaugurated as NCARB president in July 2016. 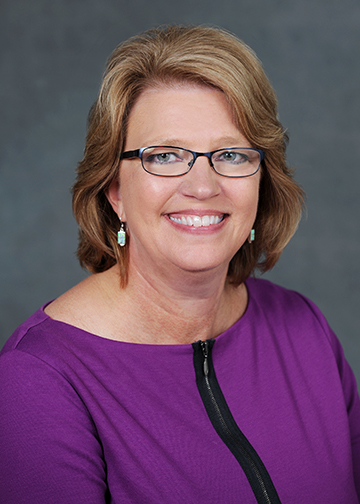 “This is truly an exciting time to be a part of the NCARB leadership team,” Harding said. “I look forward to assisting NCARB in attracting new architects, in increasing the value of what we offer, and in creating programs that will make NCARB vital to everyone in our profession.”

Alabama Governor Robert Riley first appointed Harding to the Alabama Board for Registration of Architects in 2004, and she served as the board’s chair in 2008 and 2009. In 2011, she was elected to the NCARB Board of Directors as the director of the Council’s Southern Conference (Region 3), which represents the registration boards of Alabama, Arkansas, Florida, Georgia, Louisiana, Mississippi, North Carolina, Puerto Rico, South Carolina, Tennessee, Texas, and the U.S. Virgin Islands.

From 2010-2011 Harding served as the chair of Region 3, having previously been both its secretary and vice chair. She spent several years on the Council’s Professional Development Committee, and the Committee on Procedures and Documents, serving as its chair in 2011. In addition, she co-chaired the Intern Development Program (IDP) Advisory Committee, NCARB and the American Institute of Architects’ (AIA) joint committee that reviews issues and initiatives related to internship.

A graduate of Rice University with a Bachelor of Architecture, Harding holds the NCARB Certificate, and is licensed to practice architecture in Alabama and Tennessee. She resides in Scottsboro, Ala., and works in Huntsville, Ala.

The Facility Manager's Guide to Safety and Security