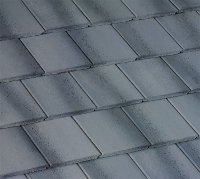 “The availability of this revolutionary air cleansing roof system across the country has the potential to dramatically improve our nation’s air quality and our health,” said Kayla Kratz, product manager for Boral Roofing.

Commonly formed in industrial processes and automobiles, Nitrogen Oxide is found in high concentrations in metropolitan regions where freeways are prolific. When activated by sunlight, Smog Eating Tile converts Nitrogen Oxide into Calcium Nitrates, which are later washed off the roof with rain, acting as a ground soil fertilizer. “2,000 square feet of the tile can break down as much Nitrogen Oxide as is generated by the average automobile driving 10,800 miles annually,” said John Renowden, vice president of product development for Boral Roofing. 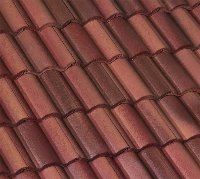 The nationwide distribution of BoralPure will serve the building and roofing industry throughout the United States, addressing a widespread demand for roof systems among commercial and residential builders that are both energy efficient and good for the environment. National distribution of the tile is supported by various eco-friendly manufacturing plants strategically located across the country.

In a testament to the public’s reception of Smog Eating Tile, the BoralPure roofing solution was introduced to a Focus Group in October 2011 by Independent Researcher Bureau research at the Assistance in Marketing research center, LA, who sought to garner reactions to the product from a wide variety of homeowners. With two groups made up of both male and female homeowners, an overwhelming majority of the homeowners arrived at a positive reaction to the roof tile’s ability to neutralize smog, a general sentiment that the price variation of the tile is insignificant considering the impact this could have on their family and community.