Are Insulation R-Values a Good Measure of Performance?

Yes. The answer is simple, so this could be the shortest blog ever. However, given the misinformation that is out there it is worth explaining why R-value is in fact a good measure of thermal performance and dispelling some common misconceptions about it.

What R-value considers and what it doesn’t

We know that R-value measures resistance to heat flow, and there are three kinds of heat transfer to consider: conduction, convection and radiation. The FTC Rule on “Labeling and Advertising of Home Insulation” requires the R-values of typical insulation materials be based on measurements taken using one of four approved ASTM test standards[1].  These ASTM standards measure heat flux - which includes all three modes of heat transfer:  conduction, convection and radiation.   Despite this, there are claims in the market that R-value only considers one type of heat flow, namely conduction. Martin Holladay, writing for Green Building Advisor back in 2009, recognized and sought to dispel this misinformation in a very thoughtful article on this subject. Fast forward to today, May of 2016, and this same misinformation is being propagated, this time in Spray Foam Magazine’s May-June edition, which contains an article again claiming R-value only considers conduction and not convection or radiation. Same claim, still false.

Why would certain parties choose to misrepresent R-value and try to diminish its significance? Simply put, to make their insulation products appear better. The FTC regulates insulation labeling and how to determine its R-value because it recognizes the need for consumers to have a clear way to compare insulation performance across product types. The FTC declined to incorporate air infiltration or air leakage into the R-value Rule because air leakage could not be uniformly measured in a reliable and consistent manner so as to make it a reliable tool for consumers. The FTC says that if you describe insulation’s thermal performance you must do so using R-value. However, the FTC cannot currently preclude parties from seeking to cast doubt about the reliability of R-value as a measure of insulation’s thermal performance. As a result, manufacturers and others can make misleading or even totally false claims relating to insulation R-values as a measurement, despite the FTC’s rule.

So is R-value the be-all, end all? What about proper installation? What about air sealing?

Of course insulation’s stated R-value is one of several factors that affect its performance. We know the R-value of a wall assembly differs from insulation’s labeled R-value.  The R-value also varies based on where you measure it - in the center of a wall cavity where there aren’t any studs causing thermal bridging versus measuring a larger area including studs and the thermal bridging they cause (for more on this check out a recent Energy Vanguard blog on the “4 types of R-value”). Air leakage absolutely impacts the thermal performance of a home.  Also, improper installation can significantly reduce home performance. Yet despite this, last year Building Sciences Corporation released its final Thermal Metric Report which stated (page iii) that “when walls are constructed with the same installed R-value in the stud space, and air sealed both inside and outside (i.e. there is effectively zero air leakage through the assembly), they exhibit essentially the same thermal performance regardless of the type of insulation material used.” This conclusion reinforces that R-value is indeed a good measure of thermal performance and that R-value is different than air leakage and must be addressed separately, regardless of the type of insulation used. 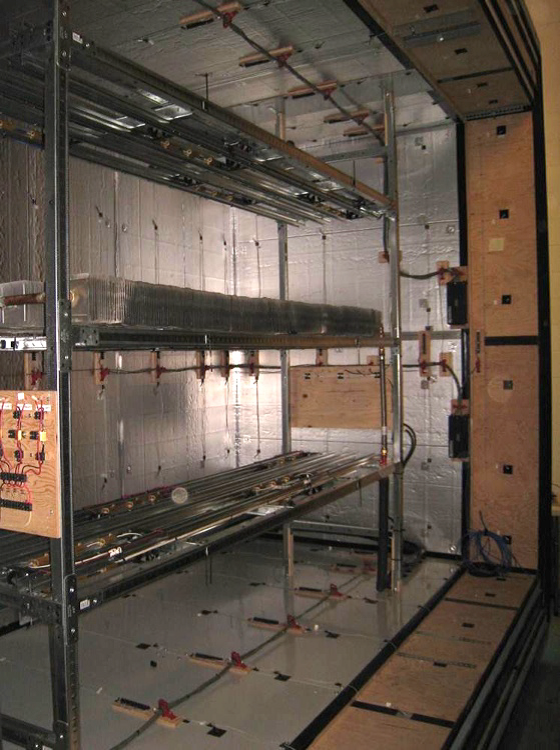 As manufactured vs. as installed

Insulation R-values are a good measure of its thermal performance; they are both accurate and comprehensive. However, what we ultimately care about is a home’s thermal performance, not the performance of the insulation alone. This is determined by, among other things, a combination of assembly R-value, proper whole-home air sealing and correct installation. These final two are field-dependent variables that are critically important. No insulation product is immune to improper installation, and no insulation product alone is an effective whole-home air sealing solution. But when it comes to R-value, you can be confident that it is the measure of insulation’s thermal performance you should use to compare insulation types, and if anyone tries to tell you otherwise, buyer beware.

Can't get enough building science knowledge? Download our Building Science 101 guide to get even smarter.

For more on this and other great blog posts, visit The Insulation Institute's website.