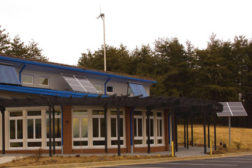 As covered by EDC in the May 2011 article “Opening Windows to Cutting-Edge Education,” the Center for Energy Efficient Design (CEED) opened its doors in November 2010, as the first public school in the U.S. built according to Passive House (or Passivhaus) standards, arguably the world’s highest standards in energy-efficient construction.