An organizational strategy and analysis expert, van der Walt brings to RCI more than 20 years of international executive leadership and association experience. He spent the early part of his career as an officer in the South African Air Force and later over a decade with the International Air Transport Association (IATA). He was most recently President of the Cargo Network Services (CNS) and a member of the Caribbean Hotel and Tourism Association's Board of Directors. 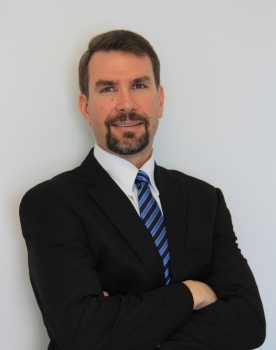 "Lionel's management style and leadership skills really stood out among a great group of candidates," said RCI President Michael L. Williams. "His ability to team with other organizations for the benefit of all will surely lead to RCI being recognized as the group leading the building envelope design and consulting industry."

Van der Walt's immediate task will be to enhance the recognition and influence of RCI in the building envelope design and consulting industry.  He will further strengthen RCI's mission through continued improvement of the association's ongoing education and accreditation programs and its publications, which include technical journals, textbooks, and reference guides.

"I will be doing a great deal of listening to employees, board members, committee heads, and members to better understand what works and where we might have opportunities to improve," said van der Walt. "I look forward to some honest and frank feedback that will help us to shape the future direction of the organization, with a strong emphasis on helping our members to secure a healthy, profitable, and sustainable future for the building envelope consultants industry globally."

Lionel van der Walt has more than 20 years of international executive leadership and association experience. He spent the early part of his career as an officer in the South African Air Force and later over a decade with the International Air Transport Association (IATA)  where he held various leadership roles based out of South Africa, Spain and the United States. He was most recently President of Cargo Network Services Corp. (CNS), a U.S. based IATA Company, and a member of the Caribbean Hotel and Tourism Association's Board of Directors.

Lionel has a passion for driving positive change both in the workplace and across the industry. He strongly supports increased stakeholder collaboration, attracting new talent to industries and embracing diversity. He is also recognized as a seasoned advocate constantly working to educate governments and consumers as to the tremendous economic value of the sectors he represents, both globally and in the United States.

He is a passionate leader with excellent management skills, embraces change and challenges and is always looking for new areas to add value. Having worked across three continents he is a true global citizen with a clear understanding of the benefits that multicultural teams can deliver in today's connected world.

Lionel holds an MBA in Strategy and General Management from Milpark Business School in South Africa and qualified both as an Air Traffic Controller as well as an Aircraft Maintenance Technician earlier in his career.