The American Architectural Manufacturers Association (AAMA) heard an overview of U.S. trade orders on Chinese aluminum extrusions and their impact on the curtain wall industry, thanks to Aluminum Extruders Council (AEC) President Jeff Henderson. Henderson spoke during a session at the AAMA National Summer Conference, June 18-21 in Newport, Rhode Island, about a 2011 AEC victory in a trade case against the People's Republic of China, and the impact of its ruling. 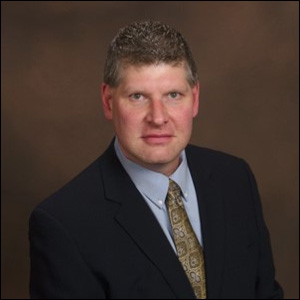 After the win in the case, said Henderson, both anti-dumping and countervailing duties were put into place. The scope of orders included coverage of all extrusions that are 1000-, 3000- or 6000-series alloy. Also covered, said Henderson, are all coated extrusions, all fabricated extrusions and even those that come in the form of kits, to be constructed later.

"Orders are good for five years, and the scope can be challenged to see whether an import is subject to duties," said Henderson. "An annual administrative review is conducted to determine if rates should be raised or lowered." Last year, combined rates were approximately 42-43 percent. This year, those rates are much higher -- dumping alone is at 86 percent and countervailing is at 16, making for a combined rate of more than 100 percent.

In March 2017, the U.S. International Trade Commission voted to renew anti-dumping and countervailing orders against China. Since the case began, over 100 scope challenges have been issued. A watering down of original scope has occurred, said Henderson. Some key pending scope issues include appliance handles, 5050 alloyed extrusions and curtain wall extrusions and units.

Enforcement issues regarding the scope of orders fall into one of two categories: circumvention (an attempt to evade orders) or transshipment (the criminal act of intentionally attempting to evade duties). There have been two transshipment cases that have been prosecuted since orders took effect.

Recent trade data indicates a rising threat from southeast Asian countries. The Trump administration has launched a Section 232 Investigation into the U.S. aluminum industry through the Department of Commerce. The 232 Investigation gives U.S. am opportunity to address those threats.

Henderson said the AEC first noticed the dumping in 2008 around the time of the recession. Top markets for Chinese exports include Vietnam, Malaysia, the U.S. and, more recently, Thailand. Henderson said the AEC is going to ask the Trump administration to put tariffs on these countries for not policing these matters and allowing them to take place.

"Recent media reports indicate there is approximately 4.5 billion pounds of aluminum on the ground ready to be melted down and extruded," said Henderson. "As underselling by Vietnam, Indonesia and Malaysia has increased, so has their U.S. market share, affecting our margins."

The root of problem, said Henderson, is the overproduction of aluminum in China - the world's largest producer of aluminum as of 2014. This is causing exports of semi-finished aluminum to skyrocket.

Japan, Russia and Canada have joined the U.S. in seeking consultations with the Chinese in an effort to end their overproduction of aluminum. The European Union (EU) is also supportive. However, China challenged both the U.S. and EU non-market economy dumping methodologies at the World Trade Organization (WTO). A global effort will be needed to highlight the importance of this issue and its impact on the WTO's future, said Henderson.

The Department of Commerce continues to hold fast its decision that curtain wall extrusions, unitized or not, are covered by our scope of orders, said Henderson.

"If they win, the curtain wall industry will be wiped out," he said. "We believe there will be two more court cases, at least, but the law is on our side."

The AEC has aligned itself with several organizations in trade fight, including the International Fair Trade Alliance, the Curtain Wall Coalition, the Manufacturers for Trade Enforcement and the China Trade Task Force.

More information about AAMA and its activities can be found on the AAMA website, www.aamanet.org.