If you’ve ever met Joe, you know that he leads with a sense of humor. Summer Camp was no exception! The invitation to attend from Joe and his wife Betsy Pettit (aka Camp Counselors) set the tone, inviting everyone back to their home “(the official summer camp clubhouse) to eat, drink and be merry until the wee hours.”

I was over the moon with excitement and immediately registered for the event. If there was an agenda, I completely missed it. When I asked around, I was told there might be an agenda published upon arrival. Everyone just trusted in Joe and knew that he would put together a stellar group of industry experts. And did he ever deliver!

Starting with the shuttle ride over to Sunday night dinner at Joe and Betsy’s house, I was graciously taken under the wings of colleagues, clients, and competitors alike and shown the ropes of summer camp. There were many familiar faces and many whom I had admired from afar and finally had the opportunity to meet in person. Honestly, this was the magic of the event - all the “who’s who” in Building Sciences, all under one roof! The networking and technical conversations had me geeking out all week! 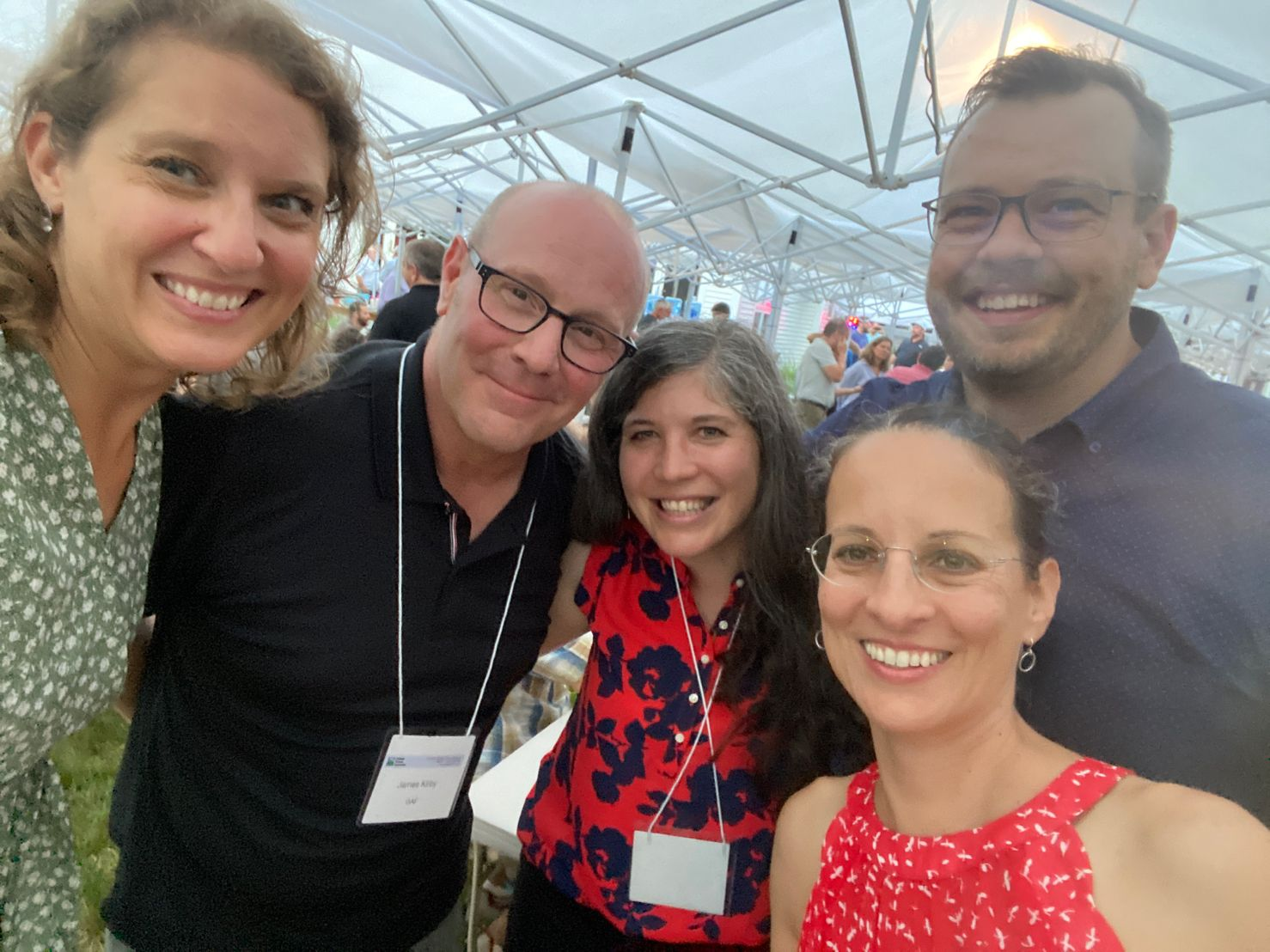 The Westford Symposium included presentations from 12 industry experts in front of the most inquisitive audience of 400 building science enthusiasts. Each presenter delivered thor technical content with humor and a continuity of pets and potty talk was woven throughout the sessions! Joe included out of the box presenters such as Stephanie Taylor, M.D. and M.Arch, a doctor that noticed how the building was impacting patients' health and decided to study and practice architecture to become a better doctor. And Jeff Berino, B.S., A.A.S., CFEI, CCFI, INVF - all these letters which highlights his expertise in fire as a Hot Shot and arson investigator - and generated conversation on how design of the built environment can respond to the increase in wildfires.

John Straube filled in the Gaps in Knowledge with Yogi Berra Building Science theories (think capillarity - with a Canadian accent so cap-pill-ary) and Marcy Tyler walked us into a Sticky Situation with a game of sealants.

There was a Mardi Gras style effort by Claudette Reichel to focus on Flood Hardy efforts to help families return home post natural disasters. Bon Temps! Graham Finch with RDH returned to share his research and mock-up efforts around prefabrication and mass timber buildings. There were electrifying conversations around grid interactions and impacts by Lisa White and Al Mitchell with PHIUS, and Jared Rodrigues and Mark Kleinginna with Emergent Group. 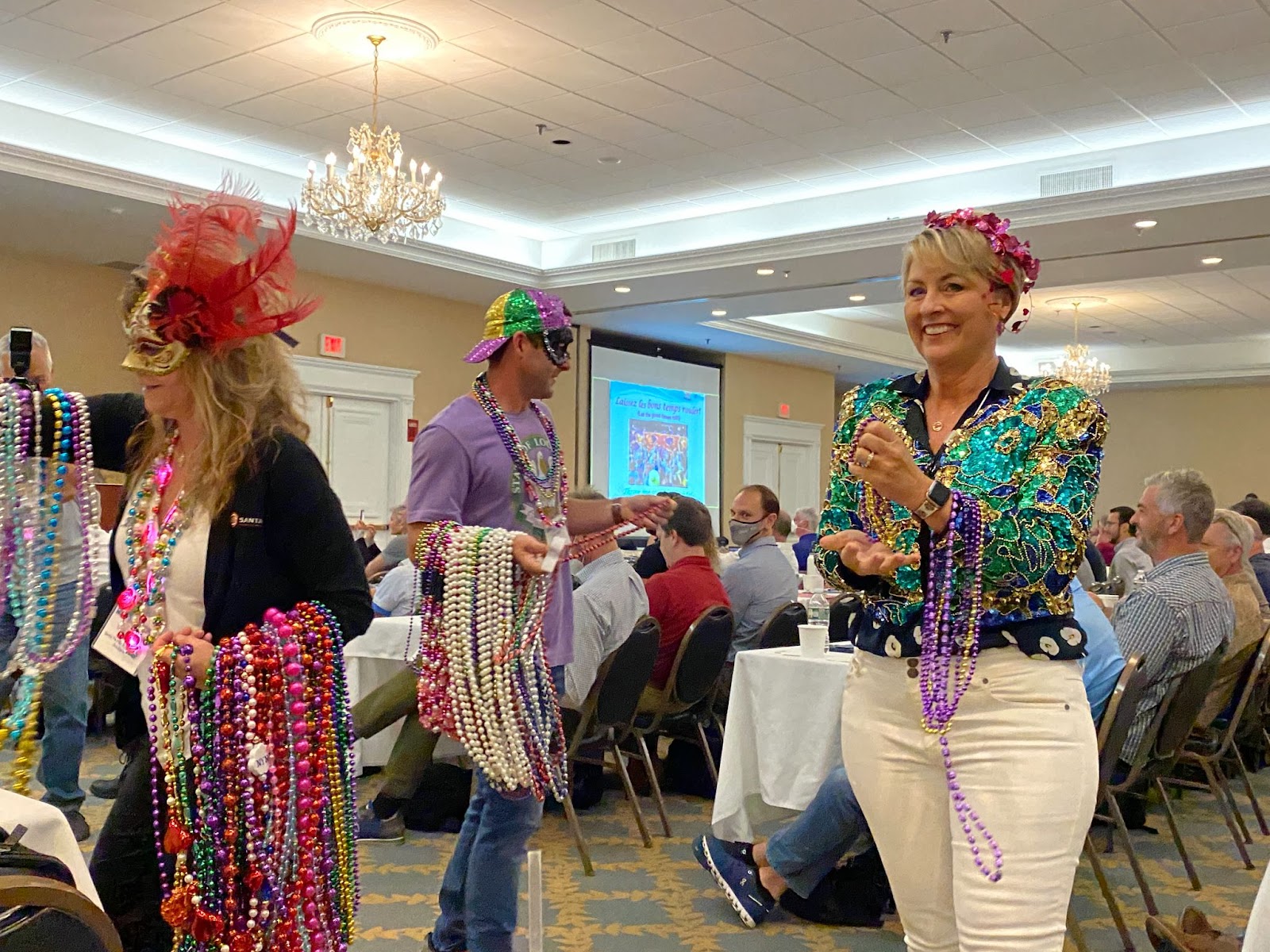 As this event had been on hold for the past 2 years, there was definitely a focus on air quality. Todd DeMonte of Madison Industries, Mike Browne of Advanced Building Analysis, Bill Palmer of Aeromed Technologies, and Allison Bailes of Energy Vanguard took great efforts to enhance the health, safety, and welfare of the attendees by installing MERV-13 air filtration and measuring and verifying ventilation within the symposium ballroom, high-powered UVC light fixtures, and installing Coris-Rosenthal filters at the symposium and interior spaces at Joe’s house. Bill Bahnfleth, PhD, PE and Professor at Penn State’s Architectural Engineering program, and Allison Bailes used this data in their presentations so the conversation was truly relevant and timely. 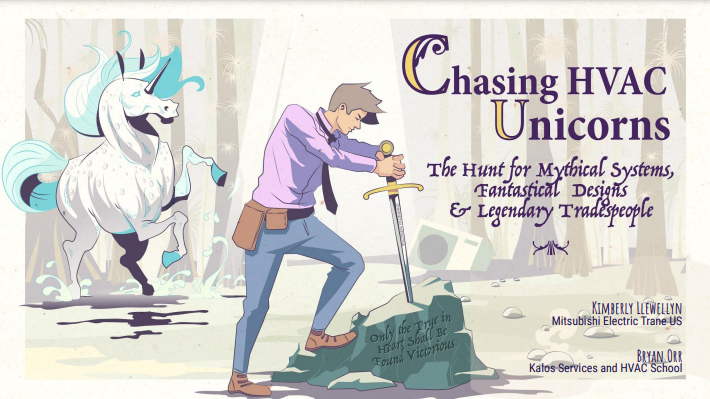 The event concluded with Kimberly Llewllyn and Bryan Orr chasing HVAC Unicorns (I kid you not!).

While the educational content was top notch, and quite entertaining as well, the magic happens in the evening when the symposium concludes and summer camp begins. These 400 self-proclaimed building science geeks descend upon Joe’s backyard for an evening of networking, outstanding cuisine with courses that just don’t stop coming, and a fully stocked bar that somehow does not run dry. Hats off to the Tamlyn Texans Team for keeping our plates and glasses full! 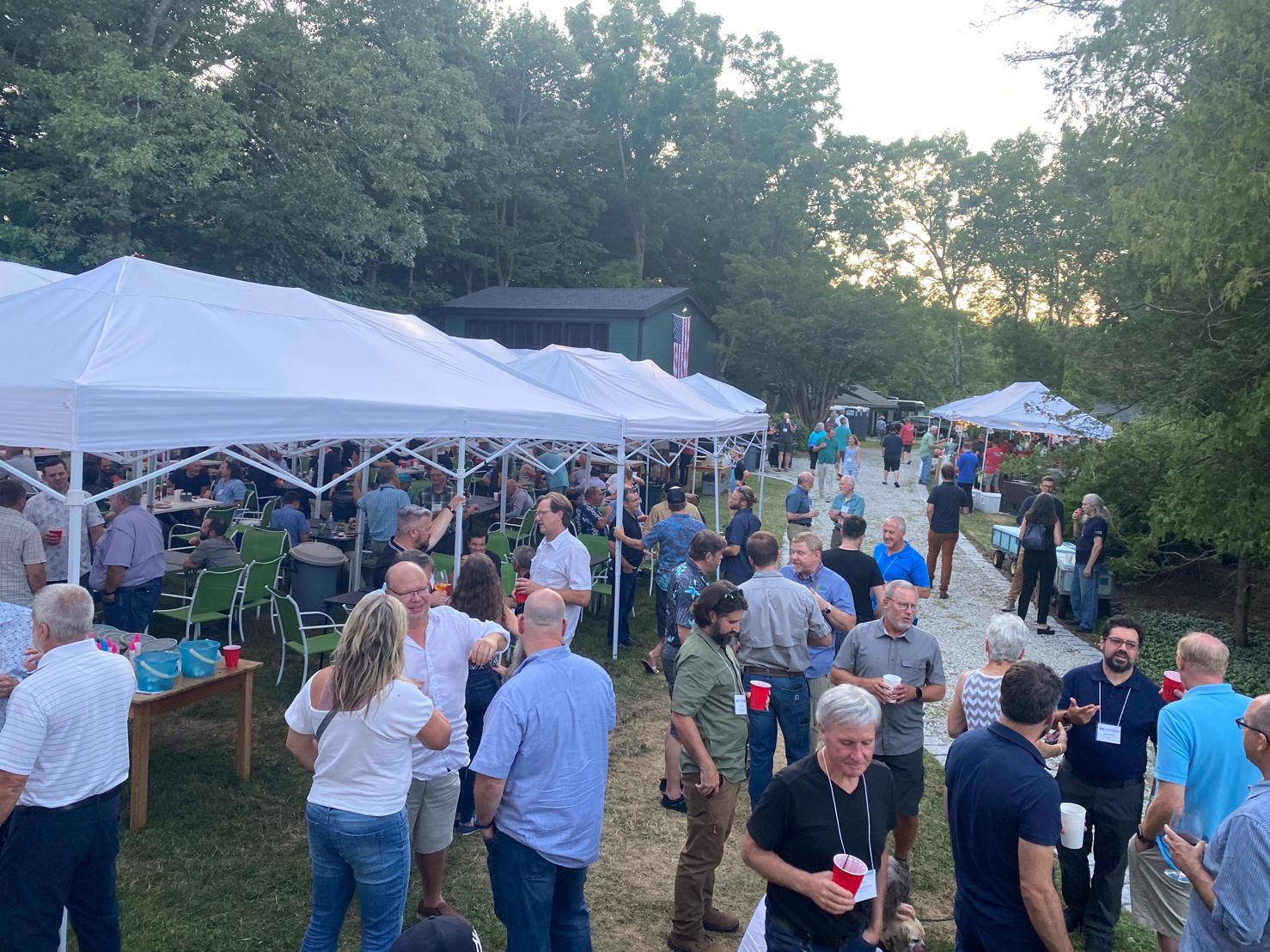 All the while, the Building Science Boogie Band composed of our industry’s finest musicians, play into the wee hours of the night. Small classes are held in the loft to take a little deeper into the day's session while the bagpipes play on. The Perfect Wall card game is played with rousing debate, and the conversation runs the gamut under the tent - even reciting quotes from Abraham Lincoln! 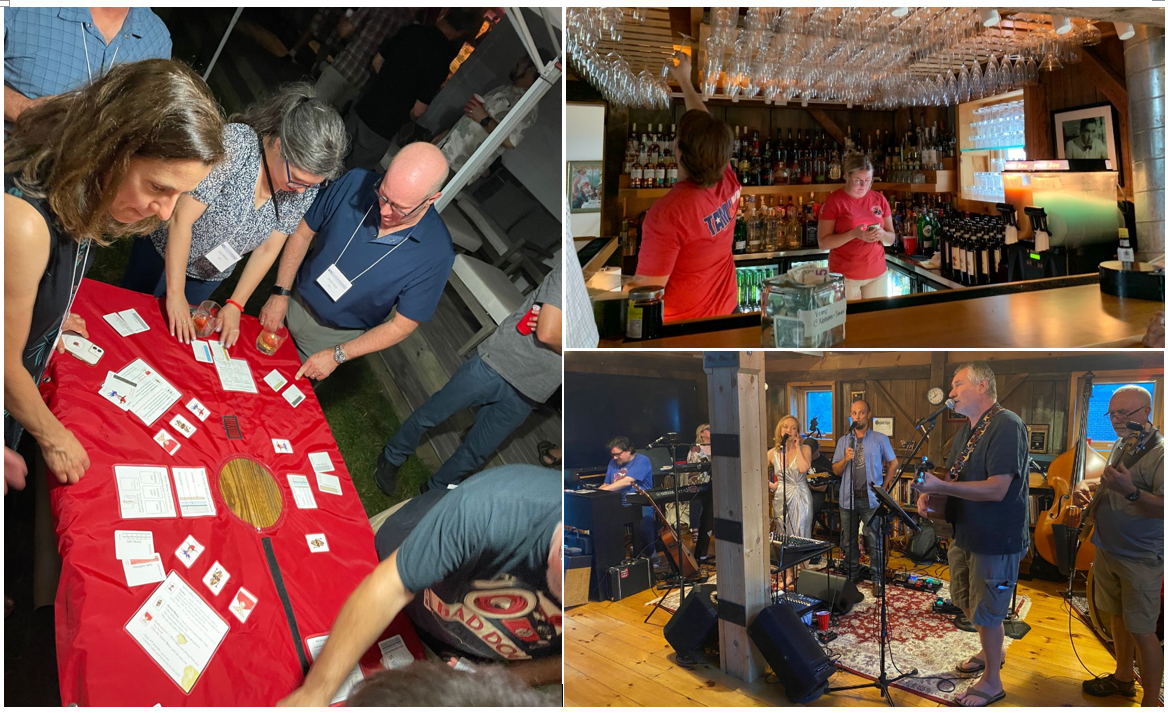 I left with a richer knowledge of building science, opportunities for collaboration, and with new industry contacts and friends. I am anxiously awaiting to see the 25th year anniversary celebration of summer camp. I honestly do not know how this could be any more dynamic!

My heartfelt thanks to Joe and Betsy for being truly gracious hosts that throw the best of parties and compile the best of company to spend summer evenings talking B.S (Building Science and otherwise).

Jennifer has over 20 years of experience as a building enclosure consultant and provides technical leadership within the industry through IIBEC, ASTM, NWIR, and Women in Construction. https://www.linkedin.com/in/jenniferkeegan/