The value added by the private construction industry as a percentage of gross domestic product (GDP) increased in 30 states and decreased in only six in 2015, according to a report released by Associated Builders and Contractors (ABC). Nationally, construction’s direct contribution to GDP increased by 0.1 percent to 3.9 percent from 2014 to 2015. 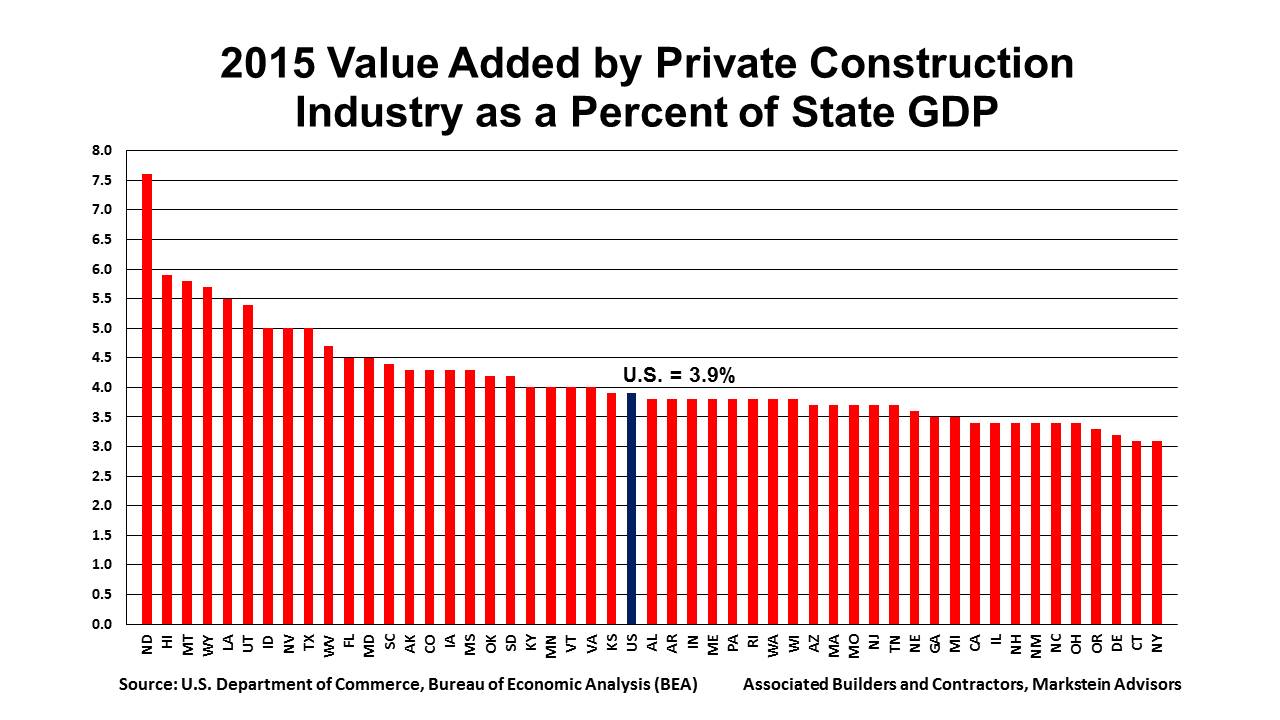 “Construction continued to play a vital role in the U.S. economy in 2015, increasing its percentage contribution to GDP nationally and in 30 states,” said economist Bernard M. Markstein, Ph.D., president and chief economist of Markstein Advisors, who conducted the analysis for ABC. “The industry continues to experience growth following the Great Recession, led by investment in lodging, office, manufacturing and multifamily construction. The recovery is being led by consumers who have benefited from improved job markets, increased income and low energy prices and who are spending their increases in disposable income.”

The Top Five States
In 2015, the top five states for the value added from construction as a percentage of state GDP in order from highest to lowest were:

Bottom Four States
In 2015, the bottom four states for the value added from construction as a percentage of state GDP in order from highest to lowest were:

Connecticut and New York’s construction industries shared the lowest contribution of state GDP for the third year in a row at 3.1 percent. Delaware experienced the third lowest share of state GDP from construction at 3.2 percent. Oregon’s construction industry accounted for the fourth lowest contribution to GDP. The fifth lowest was a tie among six states—California, Illinois, New Hampshire, New Mexico, North Carolina and Ohio—at 3.4 percent.