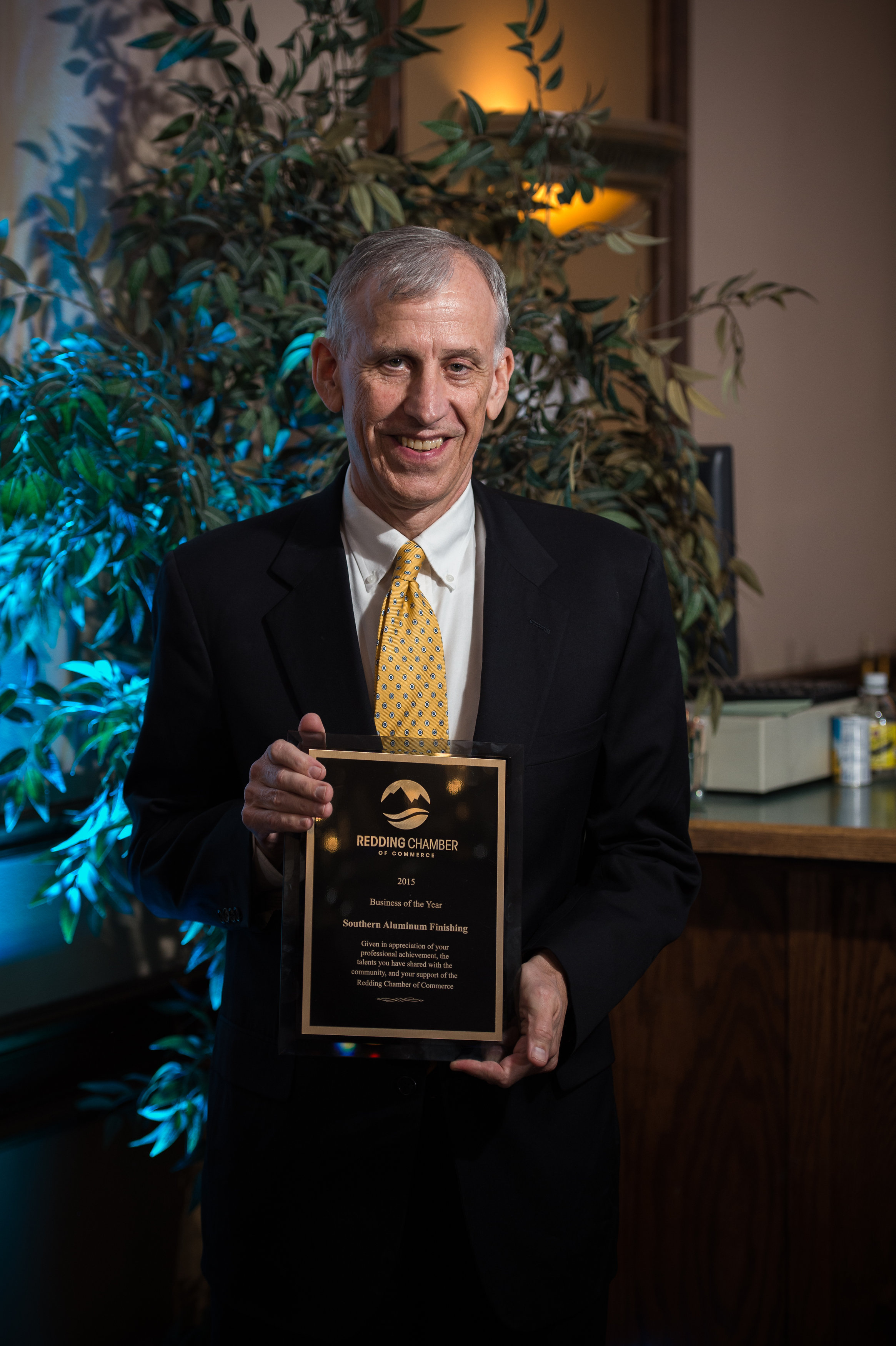 As part of the Greater Redding Chamber of Commerce’s annual “2016 Winter Gala: Honoring Local Legends & Leaders” held on February 26, 2016, the Chamber presented the 2015 Business of the Year award to Southern Aluminum Finishing (SAF). Jim McClatchey accepted the award on behalf of the company.

The annual award recognizes a business distinguishable by their investment in Redding’s employment, development, and community involvement.

In issuing the award, Redding Chamber of Commerce CEO and President, Jake Mangas acknowledged SAF’s 70 year history and the opening of their SAF-West branch in 2007 that has grown to more than 50 full time, manufacturing employees.

Representatives from the City of Redding Mayor’s office, Shasta County Supervisors, the California State Assembly and the U.S. Congress also recognized the award during the ceremony with commemorative certificates and plaques.