The American Institute of Architects (AIA) Western Mountain Region selected the Denver International Airport (DEN) Passenger Terminal as the recipient of the 2021 Twenty-Five Year Award. As one of the most prestigious honors for Colorado’s built environment, the award is presented annually to a project that has “significantly influenced design and lifestyle in Colorado” and features a “timeless and enduring design that has created a sense of place” for at least 25 years.

“Our vision for DEN’s Passenger Terminal was to create a memorable design—a gateway to Colorado and the West,” said Curtis Fentress, FAIA, RIBA, Principal in Charge of Design at Fentress Architects. “Twenty five years later, the design continues to transcend time and is known around the world. I would like to thank AIA Colorado Honor Awards Jury, the entire project team, and my former partner Jim Bradburn.”

Completed in 1995, Fentress’ design for DEN’s Jeppesen Terminal stimulated a paradigm shift in the way architects and the public perceive airport design. Previously, airports were conceived as ‘people processors’—nondescript warehouses comprised of low ceilings and dim lighting. Fentress sought to change this notion by creating an airport that serves as a symbol of Denver and a gateway welcoming all to Colorado and the West; architecture as memorable as it is functional.

To create a significant airport, the terminal’s design embodies forms and materials native to the Rocky Mountain region. Peaked roof forms rise 130 to 150 feet, evoking a sense that one has stepped onto the snowcapped mountains that inspired the building’s architecture. This context-driven design marks the first time an airport became a timeless icon of a region through expressive forms.  It inspired the architecture of hundreds of airports worldwide. 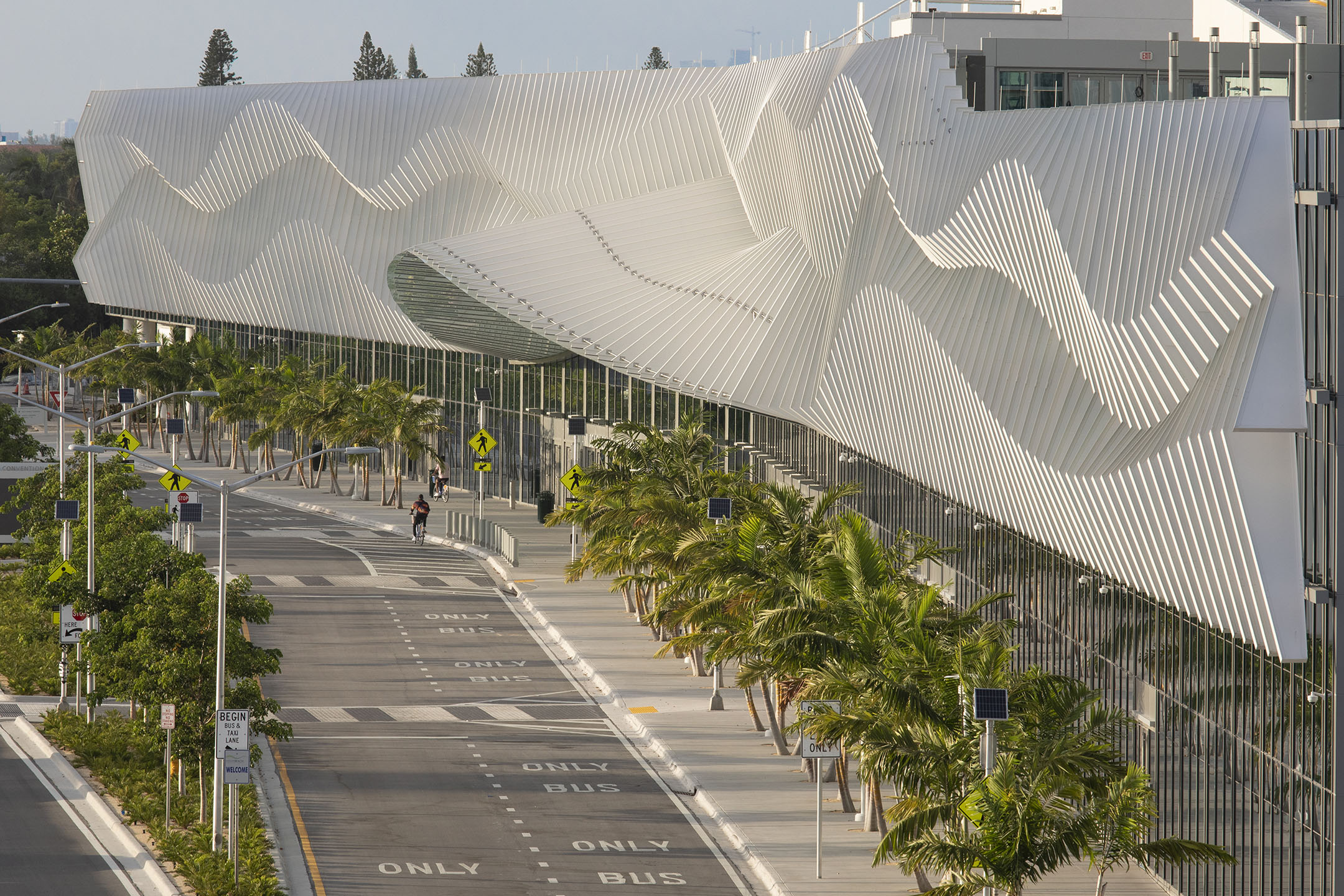 Miami Beach Convention Center won the American Institute of Architects (AIA) Special Recognition Award for 2021. Located in the heart of the city, the 1950’s-era Miami Beach Convention Center (MBCC) needed a transformation befitting its reputation as a world-class entertainment destination.  The venue has become renown for hosting preeminent annual events including Art Basel and eMERGE Americas. The Fentress team, together with Arquitectonica, mined the surrounding culture and context to create a design that is quintessentially South Florida, and has become a contextual representation of the city.

One of the greatest challenges was harmonizing the 1.4-million-square-foot, grand scale building with the intimacy of human scale to create flexible, intuitive, and daylit spaces. Inspired by undulating ocean waves, exterior façade “fins”—angled aluminum linear forms—filter light to create a dappled effect within the building’s daylit lobbies and pre-function spaces.  This provides visitors with a seamless transition between indoor and outdoor environments. Contextual inspiration was brought inside with colors and patterns that emulate receding water, sea foam, and local coral reef patterns.