An economist gave an assessment of the current economy and what the industry might expect from an eventual post-COVID economy during the keynote address at the Fenestration and Glazing Industry Alliance (FGIA) Virtual Fall Conference. "The impact this current recession has had will either push us back to where we were in 2019 or continue into 2021, 2022," said Dr. Chris Kuehl, a managing director of Armada Corporate Intelligence, who provides forecasts and strategic guidance for a wide variety of corporate clients around the world.

Kuehl noted, while his presentation's title suggested that the pandemic might be at a place where some answers can be gleaned, "we are still waiting for the post-COVID economy. A lot depends on the next six months."
With more than 200,000 deaths, COVID-19 has taken its toll on the U.S. economy, said Kuehl.

Recovery
"In order for recovery to take place, consumers must consume," said Kuehl. "We saw people spending their money early on when the bailout package went out."
However, he noted, this recession has been an unusual one in many ways, including the fact that it was not a collapse nor was it imposed.
"We don't know how it ends," he said. 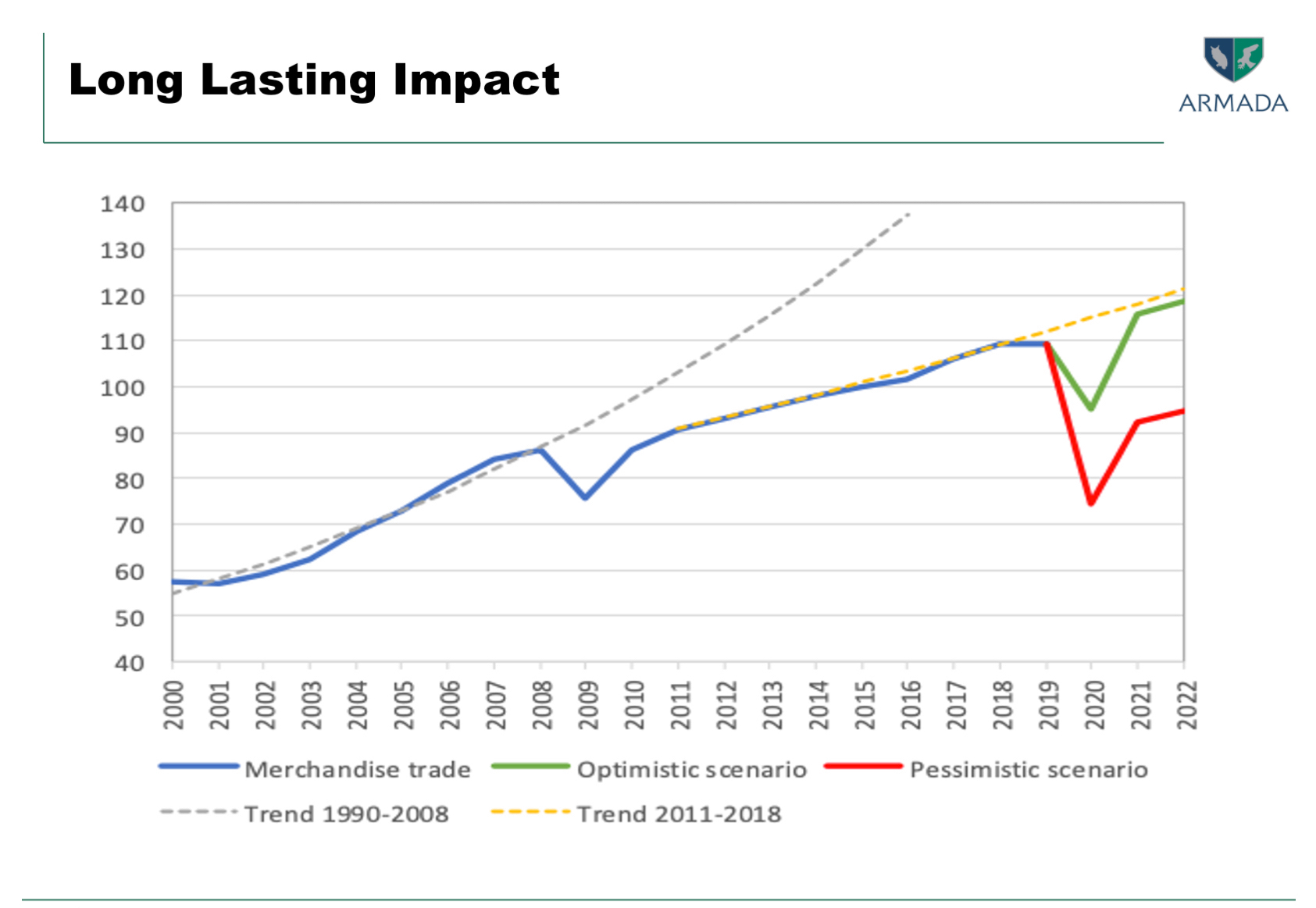 Consumer Spending Habits
Normally, said Kuehl, "if you put money in the hands of consumers, they will spend their way out of a recession, but consumers have had nowhere to go, in this case, with restaurants and stores being closed."
However, he believes these industries will return.
"The airlines will come back," Kuehl said. "Hotels will come back."

Economic Forecast
In other economic news, Kuehl had the following points to share:
* Interest rates have been lowered as low as they can possibly be and will not be raised any time soon.
* The U.S. will see double-digit unemployment for the foreseeable future.
* The growth area right now is warehousing, as supply chains have changed.

Construction Industry
With the construction industry specifically, Kuehl saw a decline in home pricing as well as "significant declines" in non-residential building activity.
"Homes finally became more affordable over the past year," said Kuehl. "We have seen forecasts predicting a decline in pricing but not dropping to the point we saw in 2008 and 2009."
And, though 2020 was expected to be a year of modest growth for non-residential building activity, now significant declines are expected, said Kuehl.
Meanwhile, remodeling business is booming. Additionally, Millennials, whom Kuehl described as having been resistant to single family homes, are changing their perspective and preference.

Future Growth
In terms of economic growth, Kuehl foresees a return to "normal" in probably the second or third quarter of 2021.
"The bottom line is, we are going through a weird peak and valley, which will drift its way back to a more normal run," said Kuehl. "It's just a matter of how we get back to that point."