You have 0 Articles Left This Month. Register Today for Unlimited Access.

Knight Wall Systems announced the company now offers its popular PanelRail cladding attachment rails for use with systems other than Knight’s own proprietary rainscreen attachment systems, according to company president Doug Knight. 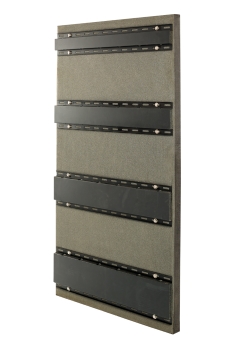 PanelRails, which up to now have only been available with Knight’s CI System, HCI System and MFI System rainscreen attachments, can be employed as a second layer of rails to help accommodate different panel layouts and sizes to add depth, and can also be used in assemblies not requiring exterior insulation, where rails are installed directly over the substrate (steel studs with gypsum sheathing, wood studs with sheathing, CMU, etc.), enabling increased air flow behind the cladding while allowing water to drain efficiently.

Register today to read the full article! Get unlimited access for free.

Residence Hall Design Trends to Change in Response to COVID-19

The Potential of EcoDistricts

Incorrect specifications can lead to massive cost overruns, change orders, schedule delays and even legal exposure. On the other hand, when done correctly, specifications can reduce risks to project success. This webinar will review the evolution that has recently occurred in the building codes and standards, specifically those that affect cold-formed steel framing.
View All Submit An Event

The 2020 issue comes with a CEU on parapets, tips for planning acoustics, roof protection, and a virtual roundtable on how the construction industry has been affected by the pandemic.
View More Create Account