International architecture and engineering firm LEO A DALY announced that Rafael Sixto has joined the firm as Managing Principal of its Miami office. Sixto will oversee the Miami team in executing projects and pursuing new business opportunities in markets including aviation, civic, commercial, education, and health care.

Sixto has over 30 years of experience in architectural design, planning, and project management, and over a decade of business leadership as the founder of Sixto Architects. He joins LEO A DALY from Arquitectonica International Corp., where his most recent role was as overall project coordinator for Brickell City Centre, a five million square-foot mixed use project covering three city blocks of downtown Miami. His portfolio also includes numerous large courthouse projects and significant work at Miami International Airport and Bradley International Airport. 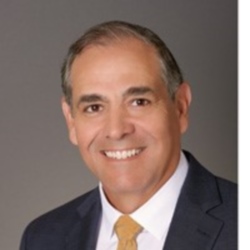 “We are thrilled to announce Rafael’s hire,” said John Kraskiewicz, chief operations officer for LEO A DALY. “His extensive experience, his deep knowledge of the architectural field, and his lifelong connection to the city of Miami give him impeccable credentials for building on our growth in Florida, the gulf coast, and Latin America.”

Sixto’s appointment marks a new phase in LEO A DALY’s Florida operations. He takes over the Miami office for Bill Hanser, who until now has run both the West Palm Beach and Miami offices. Hanser will continue to lead the firm’s West Palm Beach office, which he joined in 1974 and has led since 1987.

“Miami was originally opened as an office to oversee the design of Miami International Airport’s North Terminal and has developed as a regional office for us,” Hanser said. “Passing the torch to Rafael is the next step in Miami’s growth. We are committed to accelerating our progress in South Florida, and continuing our firm’s leadership in the civic, commercial and aviation markets. Rafael is the perfect person to launch this new and exciting phase.”

Sixto is active in the American Institute of Architects, and in 2001 served as President of the Miami Chapter of AIA. He has served on numerous community advisory boards, including the City of Coral Gables’ Board of Architects and the City of Miami’s Waterfront Advisory Board. He has also served as Director of the Board of AIA Florida. He is a recipient of numerous building design awards for his participation in large commercial and institutional projects and has taught as an adjunct professor of design at FIU’s School of Architecture.