This website requires certain cookies to work and uses other cookies to help you have the best experience. By visiting this website, certain cookies have already been set, which you may delete and block. By closing this message or continuing to use our site, you agree to the use of cookies. Visit our updated privacy and cookie policy to learn more.
Home » Blogs » The BE Blog » High-Rise Building Fire Safety
Mark Baker is a professional engineer and principal of IBA Consultants, a building envelope consulting firm headquartered in Miami with offices in Tampa, New York, Las Vegas and Seattle. He is the Chairman of the American Society of Civil Engineers Construction Institute Construction Quality Management and Inspection (CQMI) subcommittee.

The recent disaster in London got me thinking about my experience with high-rise building fire safety and the role the construction community (architects, contractors, inspectors) plays in it. Why? Because I’ve seen how installation shortcuts used to save time and money of life safety components in high-rise building construction could have endangered public safety in a major way if not caught.

While there is an ever present pressure to meet schedules and budgets, companies engaged in this type of work should make sure that all employees understand the importance of getting it right. Additionally, extensive inspection of life safety components of high-rise building construction is critical to ensure the public safety. 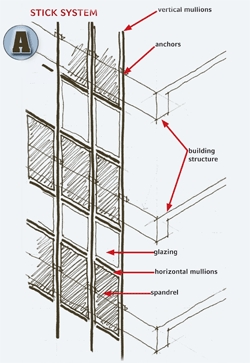 In the mid 80’s, I was assigned to a team investigating water intrusion through the curtainwall of a high rise Atlantic City casino hotel.  During our investigation, we discovered that the water leakage into the exterior wall cavity had washed out much of the slab edge fire-safing.  As a result there were piles of fire safing within the cavity walls at the lower levers of the 26 story building, and large voids in the perimeter fire-safing barrier throughout the tower.

Ownership immediately began a remedial repair program, taking entire floors out of service, removing interior drywall to allow for the inspection and replacement of the existing fire-safing.

While there were full floors that had fire-safing properly installed, there were many areas, presumably which were not inspected, where the insulation was haphazardly installed with no Z-clips or ‘modified’ clips providing support. This could have led to something catastrophic if not caught and corrected.

Several years later, I was assigned to an office building project in New York City that was being retrofit with a new curtainwall.  That project also called for rockwool fire-safing insulation at the perimeter of each floor, between the slab edge and the new curtain wall, and again I was tasked with the inspection of the fire-safing.

As I walked the building perimeter, noting the continuous placement of the fire-safing and the installation of the impaling clips at regular intervals, I remembered my experience in Atlantic City and begin pulling on the clips to check them.  To my surprise, they came out in my hand, not a Z-clip but more like a 7-clip, with the bottom leg removed to allow insertion after the insulation was in place.

Shortly thereafter, I was transferred to London to work on the Canary Wharf project. As before, our inspection of the exterior cladding, this time a precast concrete panel, included inspection of the perimeter fire-safing.  As I walked the floors inspecting the insulation, I would kick the clips to see if they dislodged, assuming if they were properly impaled into the insulation, they would not move.  As it happened in Atlantic City and New York, the clips moved. When I pulled on them, they came out cleanly with the bottom leg cut off.

With the evidence of a bad install in hand, I handed the clips to the general contractor and explained what I found.  He said he would have the work corrected and schedule a reinspection when complete. When I went back and re-inspected the work, I walked and kicked like before, and the clips did not move. However, something did not feel right so I pulled on one, and found that it came out, although not as easily.  This was because the subcontractor used sealant to ‘glue’ down the 7-clip, instead of properly installing it. 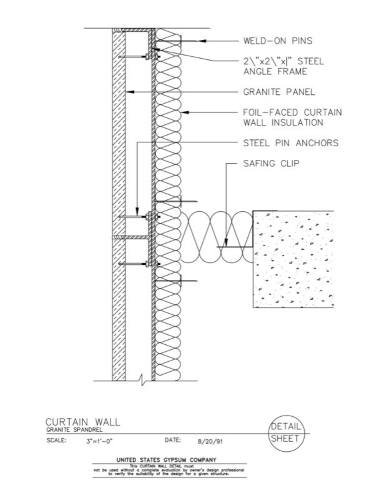 Three cities, two countries over two decades… the same tricks were used to save time and money. Because the installers did not consider the potential life safety impact their shortcuts would have, I don’t think any of the codes, certification testing and approvals can have an effect unless the installers take their work seriously and the building officials adequately verify that the codes and standards are being followed to the letter.

In my experience as a Special Inspector and as Chairman of the ASCE Construction Institute Construction Quality Management and Inspection (CQMI) Subcommittee, I believe that extensive inspection of life safety components of high-rise building construction is critical to ensure the public safety. It will help save lives by making the building safer.

I hope the type of tragedy we saw in London will serve as a stark reminder to all general contractors and their installers of critical life-safety components of a building, where people lives depend upon them doing their job diligently and completely.  While there is an ever present pressure to meet schedules and budgets, companies engaged in this type of work should make sure that all employees understand the importance of getting it right.

What could interfere with Artemis 1 to a...

Climate projections are models of Earth's climate in...

Mark Baker is a professional engineer and principal of IBA Consultants, a building envelope consulting firm headquartered in Miami with offices in Tampa, New York, Las Vegas and Seattle. He is the Chairman of the American Society of Civil Engineers Construction Institute Construction Quality Management and Inspection (CQMI) subcommittee.
You must login or register in order to post a comment.